Skip to content
Previous Next
Sex Culture Revolutionary: An Interview with Polly Superstar

I first met Polly Superstar in early 2008, when I was visiting San Francisco from New York. Scheduled to be there for nine weeks while teaching and taking classes, I somehow landed at (and basically moved into) Mission Control, a sex-positive arty sexy space, co-created by a brassy Brit with big boobs named Polly.

Over the following year, as I gradually made my permanent move to the Bay, Polly was a constant fixture in my life, inviting me to strange events, letting me couch surf for weeks at a time, and captivating my attention with her ability to find play and inspiration at every possible turn.

But 2008 wasn’t all fun and games. As much as it marked a turning point in my life, Polly and Mission Control were in the midst of a transition that year too. The burden of running such a culturally important yet day-to-day grinding organization were becoming too much for Polly and her then-partner Scott. This beloved sanctuary of freakishness and fabulosity was threatening to take them under, and it wasn’t clear how it was all going to play out.

That year, as we talked (and talked… and talked…) about what to do with Mission Control, the events, and the amazing community, I got to know a side of Polly that not many had seen. She told me stories from her childhood and from her early days of living in San Francisco. I learned about her history as a latex designer in London and crazy adventures she’d had at Burning Man. I came to love this ballsy broad who, like me, really believed that creating a cultural shift in how we think about sex could can change how we engage with the world, for the better. I found myself hoping that she’d someday write a memoir.

And now she has!

I recently chatted Polly about the tremendous changes in San Francisco, her now-gone-global party Kinky Salon, what she wished she’d known when she was new to the scene, and her new book, Polly: Sex Culture Revolutionary. 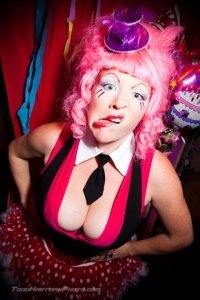 You have a long-standing presence in the sex-positive world of the Bay Area (and before that, London). Why was writing this book now important to you?

I wanted to tell my story so that the idea of Kinky Salon, and sex culture in general, could be more accessible. I wanted to show my human side with stories that everyone can relate to: having your heart broken, having a parent die, loss and grief, these are themes we all have in our lives. I thought if I could share those stories people would understand more about why I do what I do. A lot of memoirs are written so that you can gain a deeper understanding of someone’s experience without having to go through it yourself. A story of a heroin addict might help the family of an addict have insight into their life. I wanted my story to be a little different. I want people to come to it thinking they can live vicariously through me, but end up wanting to come to an event and check it out. I want to demystify the world I live in.

There have been a lot of changes in the San Francisco sex scene in the last few years, especially as the tech boom is shifting real estate realities for many sex positive organizations and subcultures. Lots of people are feeling pretty pessimistic about what this means for the less lucrative, creative, artistic and sex cultures here in the Bay. But I know you (like me) are an eternal optimist, so what do you see in the SF scene that is currently inspiring you and giving you hope?

I still believe in the San Francisco dream. We were evicted from our beautiful space last December and that was heartbreaking, but we’re looking for a new home and we’ll find one. We’ve seen booms like this before and they all end the same way. The bigger they are the harder they crash. This one’s huge, so hang on to your hats. In the meantime, the strong and the brave will hang on until it happens. 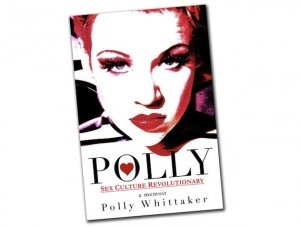 What surprised you most about the process of writing this book?

I didn’t realize the process of writing would be so cathartic, painful, and healing. In hindsight it’s obvious, but a lot of the stories were from periods of my life I hadn’t thought about in decades. I had buried them. When I excavated I had a lot of personal revelations about myself, and my motivations. I didn’t have any of this stuff figured out before I wrote the book; it was the process of writing it that helped me make the connections. My consciously articulating my most intense stories I discovered so much about myself. I think everyone should write a memoir. It’s cheaper than therapy!

In the book, you talk about your experiences producing Kinky Salon and what goes into creating a place for people to safely explore their sexuality. In your experience, what are the most common challenges people have in spaces like that?

The obvious answer is jealousy, but the core of it is bad communication. Jealousy happens when people don’t feel safe. For most reasonable people it’s pretty easy to make them feel safe. Clearly articulated boundaries, taking baby steps, checking in, and expressing love, all these things help keep the green eyed monster at bay.

Jealousy isn’t the problem, most of the time it’s just a symptom of bad communication. 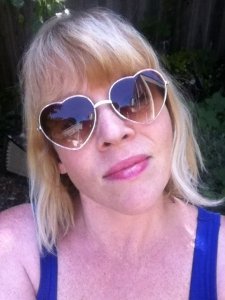 What do you know now about sexuality that you wish you’d known when you were younger?

When I was young I didn’t understand that it was ok to have boundaries once sex had been initiated. I was explorative and inquisitive so most of the time I was interested in trying new things if they were fun for me, but there were lots of times where I didn’t stop something that I wasn’t enjoying. I didn’t want people to think I was being prudish, so I put up with things instead of communicating. I think that’s something lots of young women do. Culture bombards us with the idea that being a “tease” is the worst thing a girl can do, that it’s not fair to men. I guess I was just scared to say no once I had established I was slutty. I felt like I had something to prove.

What advice would you give someone who wants to explore the world of sexy parties like Kinky Salon?

If you’re new to the scene take it slowly, even if you’re single. Come to your first-party and don’t have sex. Just check out the scene. Mingle, socialize and flirt a little.

If you meet someone you like, stick to your original plan and don’t have sex with them. The reason I say this is because in the melee of a party it’s easy to get overwhelmed. If it’s your first time you want to build positive experiences rather than pushing your boundaries. Take it one step at a time.

The comedian Margaret Cho called it “Raw, untamed, emotional beauty–Polly is a true supernova. This memoir is as touching as it is hot, as moving as it is a masterpiece.”

Click the image below to check out the other exciting stops on the tour.