Skip to content
Previous Next
The Four Monogamies (Which Ones Matter To You?)

What is monogamy? Judging from the length of the Wikipedia entry, that’s not a simple question to answer. Yet monogamy is a fundamentally assumed aspect of relationships in our culture, a starting point that is embraced (with varying degrees of intentionality and success) or rejected (in much the same way.)

Knowing what you mean when you say “monogamy” matters for both consciously chosen monogamous relationships as well as anyone interested in any kind of non-monogamy. After all, how can you choose either if you’ve never really broken it down for yourself?

From working with so many adults with so many different ways of doing relationships, I’ve come to believe that we’re not just talking about one thing when we refer to monogamy.

What Are the Four Monogamies?

1.Sexual Monogamy – “I will have sex with you and only you.” This is what most people think of when they hear the word monogamy. Who’s gettin’ it on with who? Where is everyone sleeping at night?  The thought of sexual non-monogamy might conjure images of threesomes, illicit affairs, homoerotic encounters, group sex, free-for-alls or STDs. Depending on your perspective,  might be titillating, terrifying or a typical Tuesday night.

But the real question to ask about sexual monogamy is what do you mean by sex? After all, what is considered appropriate sexual monogamy in a repressive religious regime like Saudi Arabia is very different than in a sexually open subculture in a society where men and women have equal rights. Do you kiss your friends hello and goodbye? Can you be affectionate friends with your ex? Is it okay to cuddle or flirt with folks other than your partner? Can you see a practitioner for sexual healing? What about getting a massage? Going to a tantra workshop? Doing some BDSM? (And if you aren’t sexually monogamous, are there still certain sexual activities that you wish to reserve with a partner?)

Where is the line for you? Don’t assume it’s obvious. It’s not.

2. Emotional – “I will love you and only you.” This is a common enough sentiment. But what does it mean in practice? Do you have a best friend? What about kids? Are you part of an emotionally intimate community? In an era where you might spend more time with the people you work with than at home with your partner, what does emotional monogamy mean? 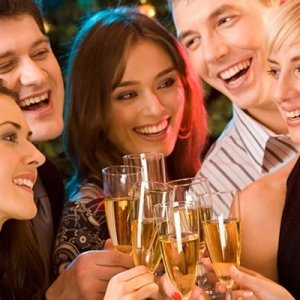 Instead of thinking of emotional monogamy as having an on/off switch, I prefer to think of it as intimacy made up of walls and windows. Every relationship needs certain things that are private, and other things that are shared with the people around you. When you have a challenging issue at work, when you’re upset with one of your kids, when you are struggling to figure out what to do with your life, who do you tell? Why? How? Who gets to know your innermost secrets? If there’s an issue in your relationship, is it okay to share with your best friend? What about your “work husband” or “work wife”? Sharing your relationship troubles with your crush is rarely a recipe for success in any case, but keeping everything behind the walls of your relationship also can lead to problems. Figuring out where you want to put the walls and windows in your relationship is an ongoing process, with “remodeling” happening from time to time.

Where are your walls and windows? 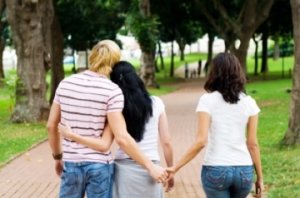 3. Social Monogamy – “Even if we’re not actually monogamous in other ways, I want people to think we are.” Social monogamy is possibly the most powerful monogamy there is. Many, many individuals and couples have come to me over the years wanting to explore some aspect of non-monogamy, but are very worried about the consequences of being “found out.” And indeed, those consequences can seem daunting. We all want to feel like we belong, and being rejected is no fun at all. Feeling “normal” matters to many of us, and if the social norm is monogamy (or perceived monogamy), stepping outside of that norm can feel terrifying. Was Hilary Clinton upset at Bill for cheating on her? Or was she upset because he was found out? The latter is the power of social monogamy at work.

Indeed, for some, the power of social monogamy can seem so strong that it’s hard for even monogamous people to talk about wanting it. The expectation of monogamy is almost always invisible, and when folks talk about it, it’s in the context of not being monogamous. So if you’re a monogamous person who wants to talk about conscious monogamy or having desires outside your relationship (even if you won’t act on them) it can seem like no one wants to hear it. Yet there’s value in pushing back against the forces that shame people for giving the appearance of anything but monogamy. You don’t have to fight every battle (or any battle for that matter), but occasionally questioning why someone who’s not monogamous is somehow bad or wrong benefits everyone who wants the power to create their relationships authentically.

Who do you expect to be monogamous?

4. Activity Monogamy – “That’s OUR thing.” A very polyamorous person once described activity monogamy to me as a way to tokenize their relationship. That is, in a relationship where the things that commonly denote specialness (sex, emotional monogamy, public presentation as an exclusive couple, etc) weren’t being used in those ways, what was the thing that made their relationship special? In his case, it was going to see foreign films together, but activity monogamy could refer to anything from raising kids together to sharing a home to traveling to a particular location together. 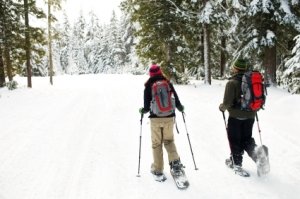 An interesting aspect of activity monogamy is that it is one place where people who tend toward monogamy in many other ways might find themselves not monogamous. Or you might have an “us and only us” aspect in a relationship that is not romantic. If you’ve ever had a Thing that you’ve done only with one other person and they’ve only done it with you, then you’ve been monogamous in this regard with them. And if you’ve ever had your feelings hurt when a friend or loved one did something that you thought was special just for you and them, then you know what it’s like to have an expectation of monogamy violated.

What activities make your relationships special?

Regardless of your own personal choices in relationship style, understanding how monogamy works can lead to clearer conversations about what you really want, deeper connection and richer relationships. If you would like support in blazing your own path in relationships, let’s talk.