Skip to content
Previous Next
What Do I Do When I’m A Maybe? 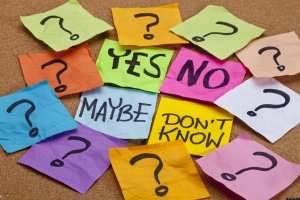 Several years ago, I co-founded a touch-and-communication workshop called Cuddle Party. In it, we have rules that say that if you’re a yes, say Yes. If you’re a no, say No. And if you’re a maybe, say No. (Because you can always change your mind later.)

Many people have thanked me over the years for the simplicity of those rules, especially “If you’re a Maybe, say No.” They have been grateful for permission it has given them to simply say “No thank you” and have the space show up to figure out what they actually want (if anything) from a given situation.

But I haven’t always lived my life by that rule. In fact, there have been long stretches of time when I’ve said Yes to things that I was a maybe on, simply to see what happened. And some of the best, hardest and most impactful experiences of my life have happened when I’ve done this. “If you’re a Maybe, say Yes.”

So which rule should you adopt in your life? Well, what is the thing you need to be practicing more right now?

Despite the YOLO (You Only Live Once), Robert-Frost-Road-Less-Traveled fetishizing in American culture, pushing your edges isn’t always the best path for many of us. A lot of us have had our boundaries pushed or disregarded so often that it’s almost impossible to tell where our actual edges are. And if you don’t know where your edges are, pushing them can be dangerous or toxic.

In fact, pushing your edges often works best when you have a well-developed No muscle. So if you are working on knowing your edges and boundaries, say No when you’re a maybe.

But, if you’re feeling stuck, or wanting to shake things up, or are craving an experience of knowing what you’re made of, you may be a candidate for exploring what a committed Yes does in the face of a maybe.

What if you’re a maybe to both of those options? 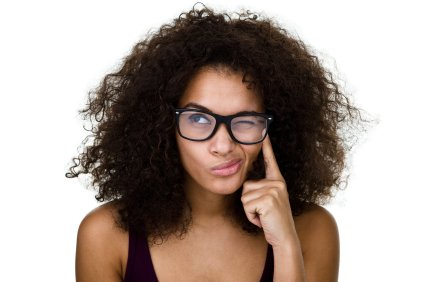 I encourage you to try both, starting with the No. For a week, see what it’s like to say No whenever you’re a maybe. A friend wants you to go to a movie that you don’t know if you want to see? Your boss asks if you want to take on a project you’re uncertain about? Someone you aren’t sure if you’re into asks you out on a date? No, no and no. Look at all the space that emerges when you’re a clear no, instead of waffling in the maybe. Feel how good it feels to focus only on the things you’re a hell YES to.

The next week, see what it’s like to say Yes whenever you’re a maybe. Yes, I’ll go see that movie with you. Yes I’ll take on that project. Yes I’ll go on a date with you. Notice what things have you feel lit up and excited (those are clues about your desires) and what simply has you feel overwhelmed, even if on some level you like the idea of it. As you do the Yes part, keep saying No to the things that you are a clear No to.

Play around with your default settings, but decide ahead of time how you want to handle your Maybes.