Skip to content
Previous Next
Who Are Your Relationship Role Models?

When you think of your ideal relationship, pretty often, it’s about finding a relationship role model. Some of us were lucky enough to have parents or relatives who embody what we want from our partners and friends. Other times, we’re left with a strong sense of what we don’t want, and very little idea of what we do. 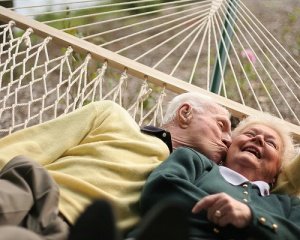 Personally, I like to look for role models who treat each other with respect, seem to actually like each other, and who can work with what life throws at them. Learning how to do that, from people who have to do it with each other day in and day out, can help lay the foundation for happy, long-lasting, fulfilling relationships.

This week and next, I’m going to take a look at different kinds of relationship role models, and what we can learn from them. Starting with…

Barack and Michelle, Posh and Becks, Beyonce and Jay-Z, Ellen and Portia: The list of power couples is endless.

Often found in politics and entertainment (because that’s where the power is) both members of these supercouples are often wealthy and/or famous. Some of these relationships last for years, if not decades. Others seem to materialize as quickly as they disappear. (Kim Kardashian and whatshisname, anyone?)

The challenge about emulating power couples is that the demands of power and celebrity in themselves create stresses in relationships that can be challenging to navigate. Despite the attention these couples get in the news and the tabloids, we often don’t know very much about how the insides of their relationships work. The trappings of a fancy wedding or the hotness of the people involved often has little bearing on whether the actual relationship itself is something you might want to emulate.

Given this, it’s maybe not surprising that, the folks who live in celebrity-money land who tend to have long-lasting relationships often also keep those relationships low-profile.

David Bowie and Iman were together until his death in 2016 (even though she didn’t want to date a rock star). Barack and Michelle Obama seem to still like each other despite the pressures of his presidency. And feminist and gay-rights activists Del Martin and Phyllis Lyon got legally married in 2008 after being together for 56 years (Del Martin died two and a half months after their wedding.)

That these people are in a relationship with one another is no secret, but rarely do they publicize what’s going on within the dynamic. And splashing how in love you are all over the tabloids or Twitter doesn’t generally bode well for a relationship. As a result, the best celebrity role models might be the ones you don’t think of first.

There are the toxic, on-again, off-again couples like Rachel and Ross from “Friends” and there’s the doomed tragic lovers of Buffy and Angel or Romeo and Juliet. Then there’s the doofus husband/hot wife pairing of countless sitcoms, or the never-ending drama of Rhett and Scarlett.

Most storytelling relies on conflict, so stories that are centered on the romantic relationship between two people are likely to be, well, dramatic. How many times have you watched a movie and thought, “If they’d just tell the truth, this would all be so much simpler?” Yet lies, mistrust, sneaking around and inauthenticity rule the day with fictional couples, because it makes for a better story. This does not, however, make for a better relationship, necessarily. (Although if we’ve learned anything from pop culture, it should be that getting involved with a vampire is not a recipe for a happy domestic life.)

When looking for role models in fiction, consider paying particular attention to those that are on the sidelines. The stable friends who give the advice in the RomComs, the parents who get along and present a united front to the kids, the quirky couple who seem like they shouldn’t work, but somehow do. Often these characters demonstrate the skills that make relationships work in real life, while the main characters flail around, creating enough drama for there to be a story.

Who are your relationship role models?

Part Two: The folks you know and the “not-a-couple”